It’s been in the air — and in your Facebook timeline with all the posts about pumpkin spice — for weeks. But with the equinox coming Saturday, it will be official: It’s autumn. Soon, fall foliage will abound. Here are some of the best places in the country to go leafing. 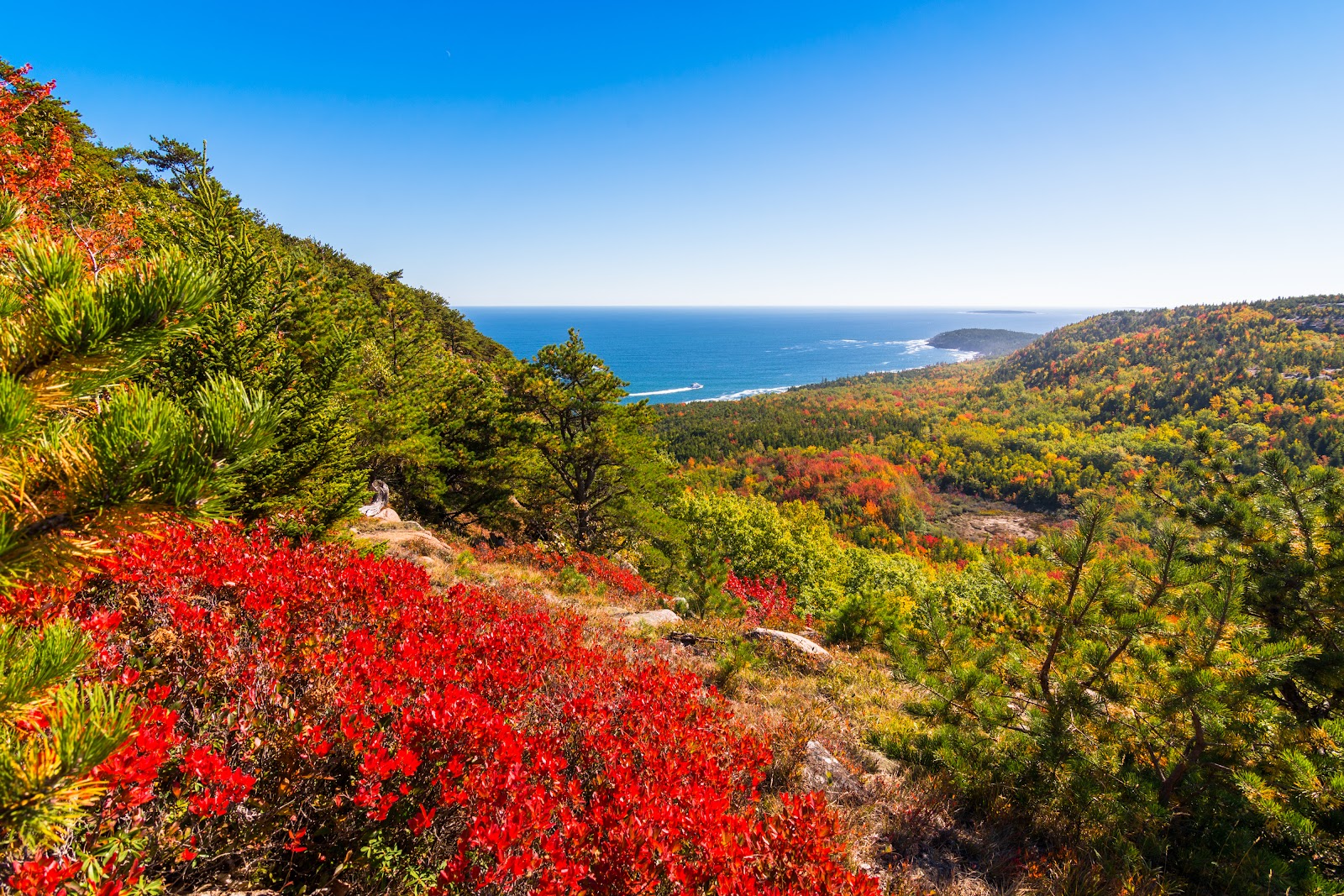 This is a classic, from Maine’s Acadia National Park to the Green Mountains of Vermont. Instead of sharing the highways with the thousands of others who had the same idea, consider a fall foliage cruise. You’ll visit ports such as Bar Harbor, Halifax, and Quebec City without having to fight traffic every step of the way and repacking every day, all the while being delivered into the heart of colorful, charming, picture-perfect towns. 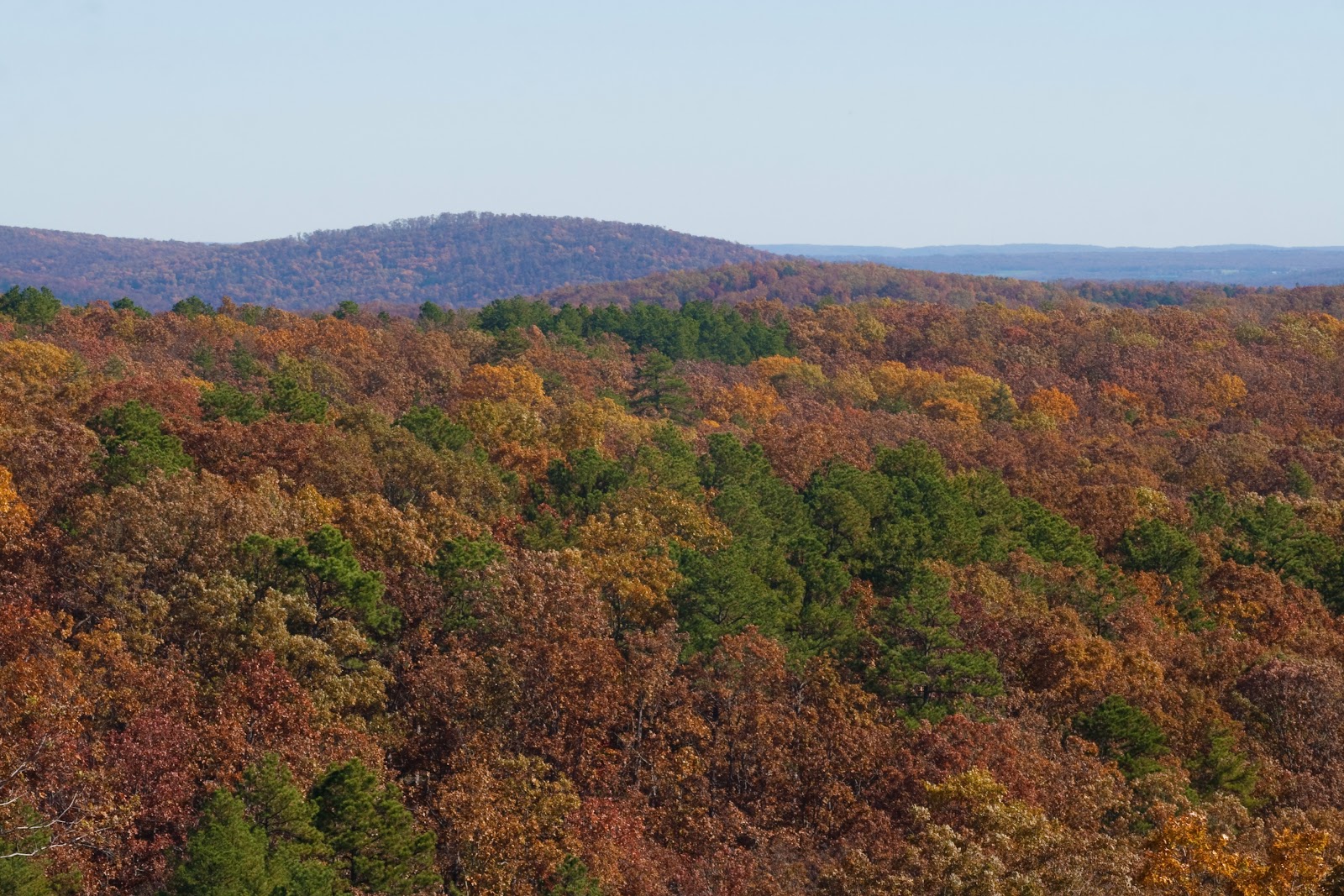 The colors come in toward the end of September and beginning of October, starting with blackgum and sweetgum trees, casting reds, yellows, purples and oranges. The peak of the season occurs about a month later, and in between, there are hickories projecting brilliant yellow leaves, sassafras in every color and more than 50 varieties of oak ranging from orange to deep red. On the drive through the rolling Ozark Mountains of northern Arkansas and southern Missouri, you’re surrounded by color as far as the eye can see. 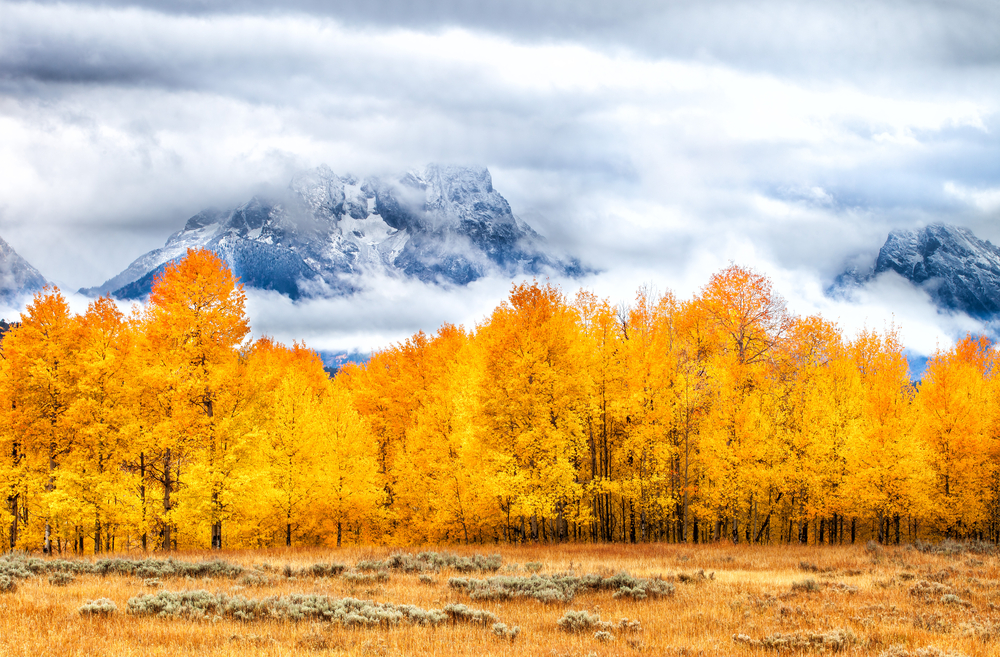 The aspens of Colorado have already begun to turn a striking golden yellow in higher elevations and will be peaking in a couple of weeks. Working their way down, the leaves will start to drop off the trees on higher slopes while they begin changing color at lower elevations, lasting until early November. Farther north in the Tetons and Yellowstone, orange, yellow and red will swarm the forests, making for a stark contrast against snowcapped slate-colored peaks. Aspens, cottonwoods, and maples combine for a dazzling array that’s hard to beat. 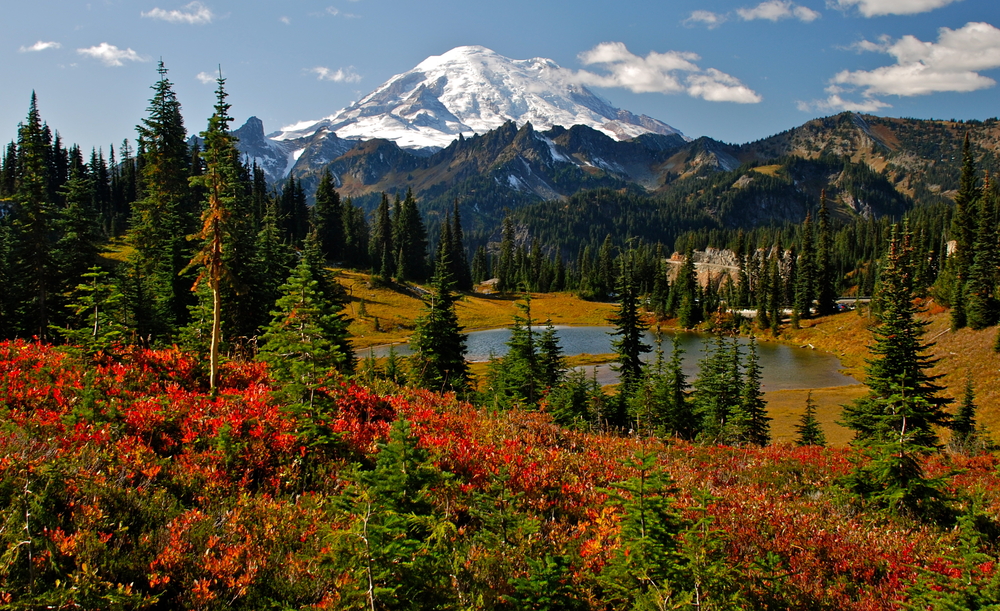 The length of the season depends on how much rain falls, but as long as they last, the fall colors are spectacular. Trails throughout Washington and Oregon erupt in beautiful, deep reds, oranges and yellows, including the Skyline Trail in Mount Rainier National Park, where bushes and shrubs shine in front of tall evergreens and the backdrop of the 14,410-foot Rainier. Silver Falls State Park in Oregon’s Willamette Valley sports colorful trees along a river teeming with spawning salmon and waterfalls galore. 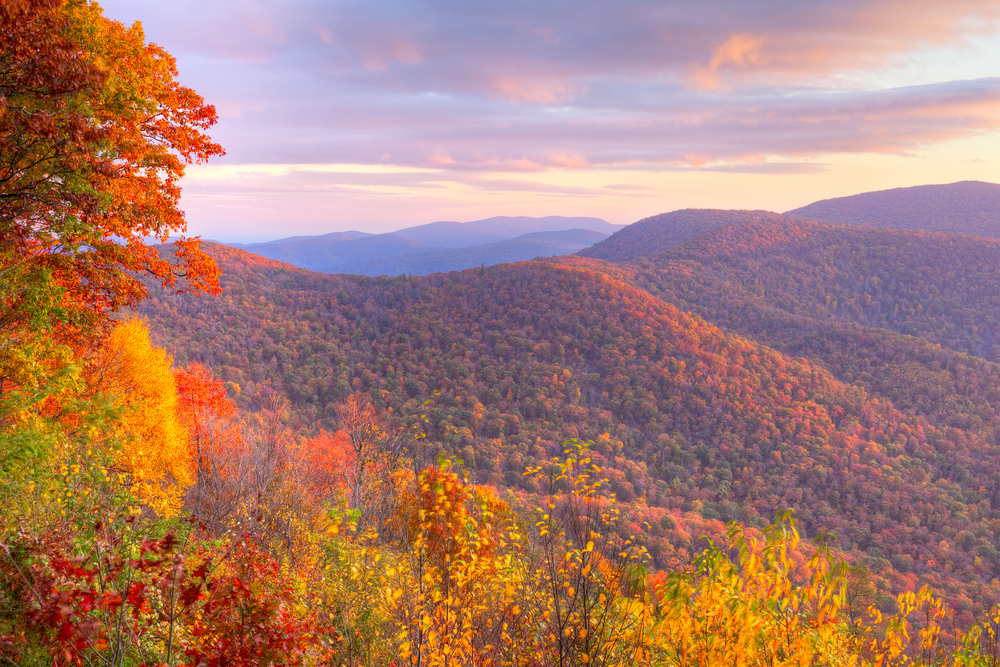 Though the summer lasts a little longer down south, there are plenty of places to spot brilliant leaves in perfect weather during the autumn. From the Natchez Parkway spanning Mississippi and Tennessee all the way down to Florida’s Three Rivers State Park near the Georgia border, there is brilliance on display. The Smoky Mountains in eastern Tennessee and western North Carolina light up with dogwood, birch and many other trees changing color across a variety of elevations. Not to be missed is Virginia’s Shenandoah Valley National Park.

All autumn long, there are spectacular foliage trips right in your backyard.

They’ve been called “America’s best idea,” and it’s hard to argue given how much natural beauty the national parks preserve. There are 60 officially designated national parks across the United States and territories and the National Park System covers more than 84 million acres. With all that space, it’s hard to pick just a few parks to highlight, but you can’t go wrong with these favorites.

It became a national park in 1872, 44 years before there even was a National Park Service, and it may very well be the first designated national park in the world. Covering more than 2 million acres in three states (Wyoming, Montana, and Idaho), Yellowstone features crowd favorites such as Old Faithful and the Grand Prismatic Spring. There’s also a thriving bison population, along with many other types of wildlife and a huge amount of geothermal activity. Plus, Grand Teton National Park is nearby and combines very well with Yellowstone in terms of trip planning.

A wondrous sight to behold, the Grand Canyon runs for 277 miles through Arizona, carved out by the Colorado River. While the North Rim closes for the winter, the South Rim is open year-round. The park provides an almost endless array of activities, from rafting to hiking to skydiving and even an ultramarathon. For those less inclined toward physical activity, there are helicopter and plane tours over the canyon. Camping out on either rim is also a popular option. The North Rim reopens May 15.

On the border between Tennessee and North Carolina, this park attracted more than 11 million visitors in 2017, nearly twice the amount of people who visited the runner-up, Grand Canyon National Park. With all kinds of fluctuations in elevation, Great Smoky Mountains National Park boasts a wide diversity of plant and animal life. There’s some type of flower in bloom basically year-round, and synchronous fireflies put on a natural light show around May and June. The 11-mile Cades Cove loop features historic buildings and a variety of wildlife and is the most popular area of the park.

Featuring Cadillac Mountain, the tallest mountain on the East Coast and one of the first places in the U.S. to see the sunrise each morning, Acadia is the oldest designated national park east of the Mississippi River. Covering several islands off the coast of Maine, the park is an excellent destination for birdwatchers and rewards hikers with stunning ocean views. The area was first inhabited by the Wabanaki people and later became the site of the first French missionary colony in America. To reduce summertime traffic congestion, the National Park Service is working on a new transportation plan to keep the park a beautiful and enjoyable destination.

The highlight, of course, is the 20,310-foot-tall mountain which is the highest peak in North America and gives the park its name. But over more than 6 million acres, there is much to explore. Along the 92-mile road the traverses the park, visitors can see a diversity of wildlife, including caribou and several bear species. The topography features tundra, taiga forest, lakes, glaciers, and mountains. For adventurous spirits, dog-mushing and heli-skiing are popular activities.

There are another 55 national parks to explore, so contact us at info@dmctraveltailor.com to find yours and plan an adventure.