It’s 363 days until next St. Patrick’s Day, but if you still have some partying left in you after Saturday, get yourself to the Emerald Isle for an authentic Irish cultural experience. With so many regions worth checking out, Ireland is best explored by car, either driving yourself or, better yet, with a driver-guide. Fly into Dublin in the east or Shannon in the west — preclearing U.S. customs at either airport on the way home — and circumnavigate the island for an enchanting journey through the land of St. Patrick.
Dublin 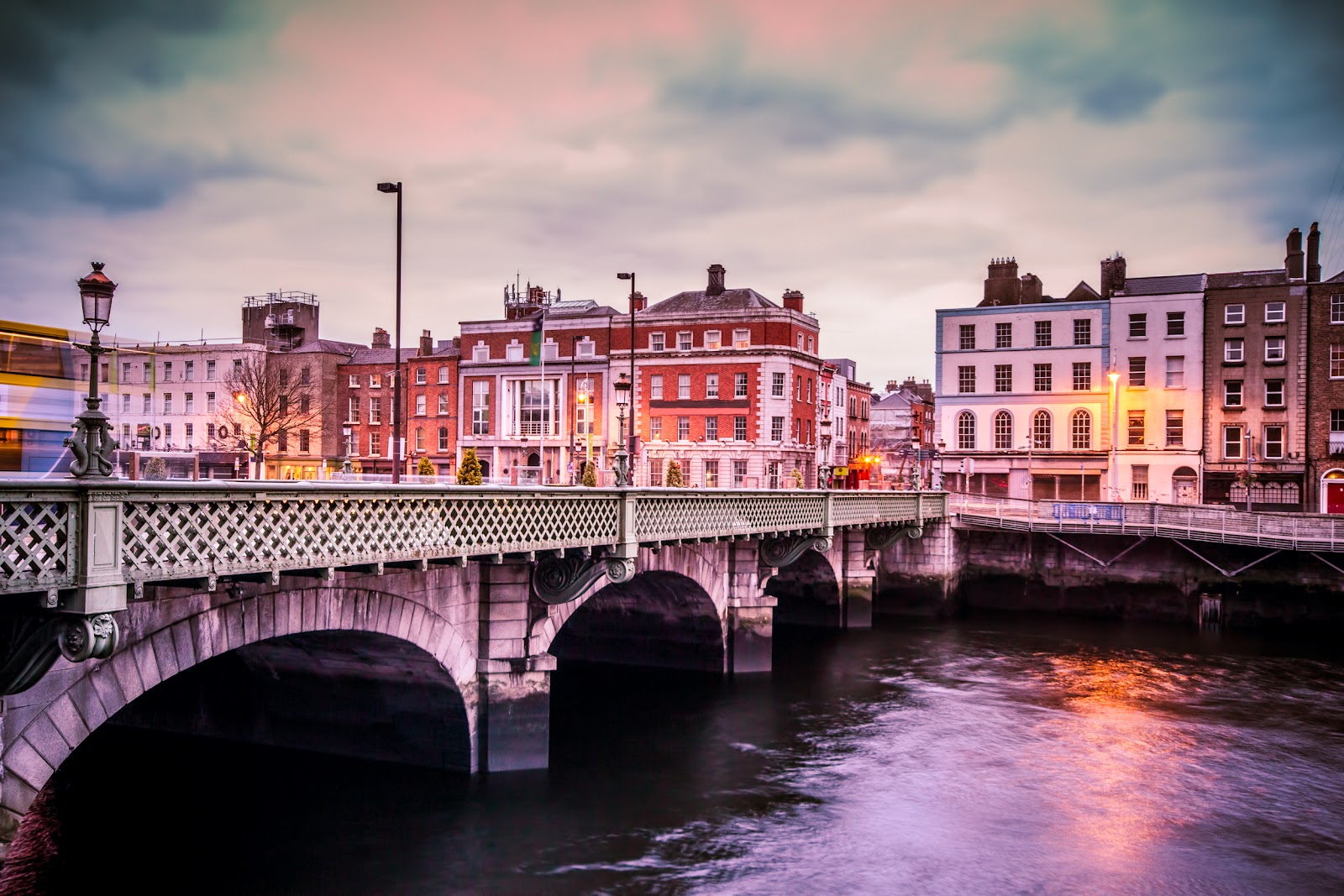 Visit St. Patrick’s Cathedral in the capital to see where the country’s patron saint baptized converts to Christianity and admire the illuminated manuscript of the Book of Kells at Trinity College. Get some fresh air in the urban oases of Phoenix Park and St. Stephen’s Green or walk in the footsteps of great writers such as Oscar Wilde and William Butler Yeats, or their characters, such as James Joyce’s Leopold Bloom, who mused that a “good puzzle would be to cross Dublin without passing a pub.” While a computer programmer has figured out that such a thing can be done, there’s no reason not to stop in for a pint at the Guinness Brewery or Temple Bar area.
Southeast 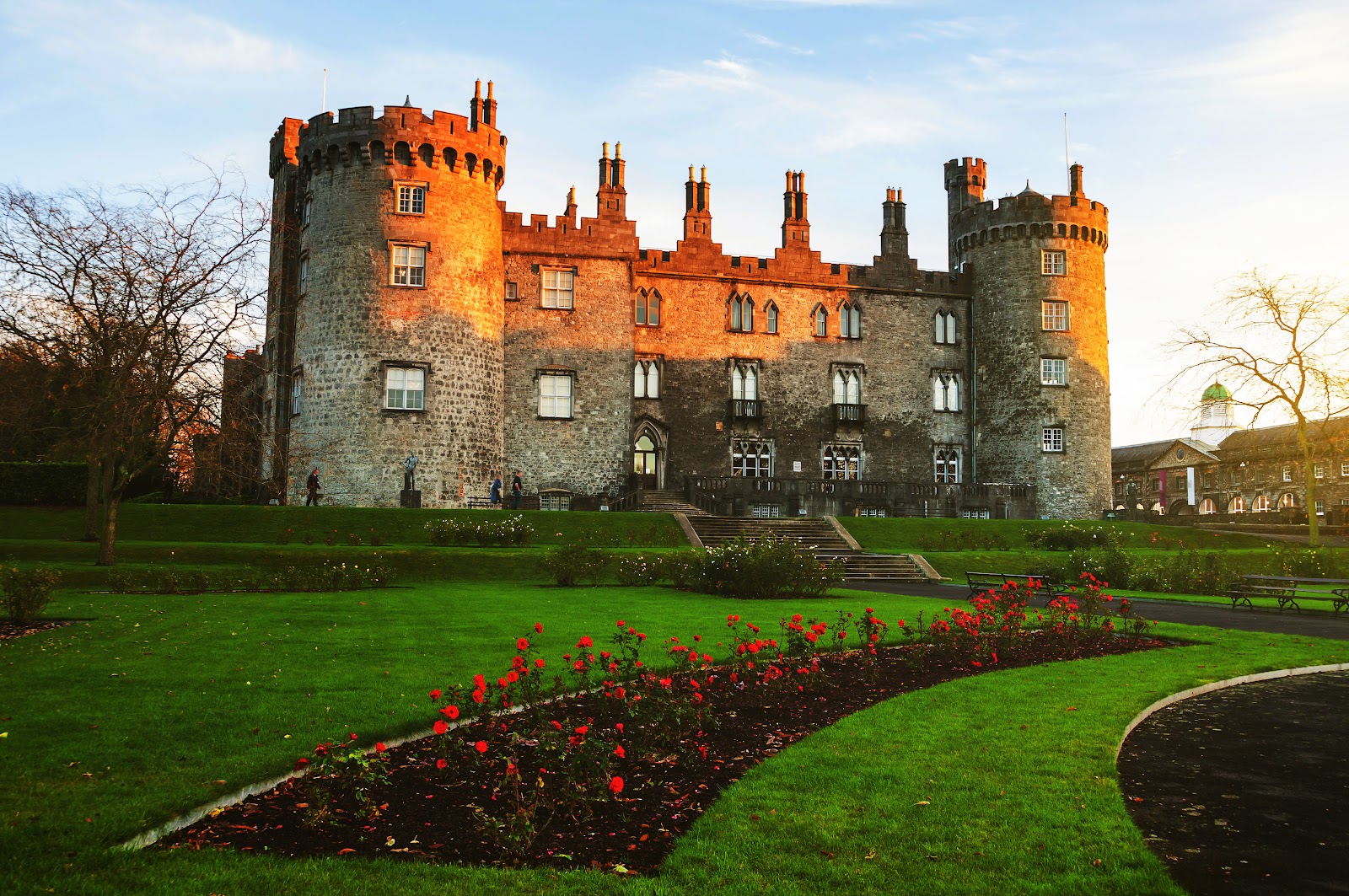 Proceeding clockwise around the island from Dublin, you’ll encounter Kilkenny and Waterford. Kilkenny is home to an 800-year-old Norman castle and eye-catching architecture from several periods, including the Tudor, Georgian and Victorian eras. It’s also known for its modern cultural aesthetic, with art galleries, design workshops and theaters making it a popular destination. At well more than 1,000, Waterford retains well-preserved sections of city walls and towers. The Waterford Crystal Visitor Centre allows tour guests to see master craftspeople shape the world-famous crystal into intricate designs. On your way west, stop at the Rock of Cashel, a group of buildings at the ancient seat of the kings of Munster.
Southwest 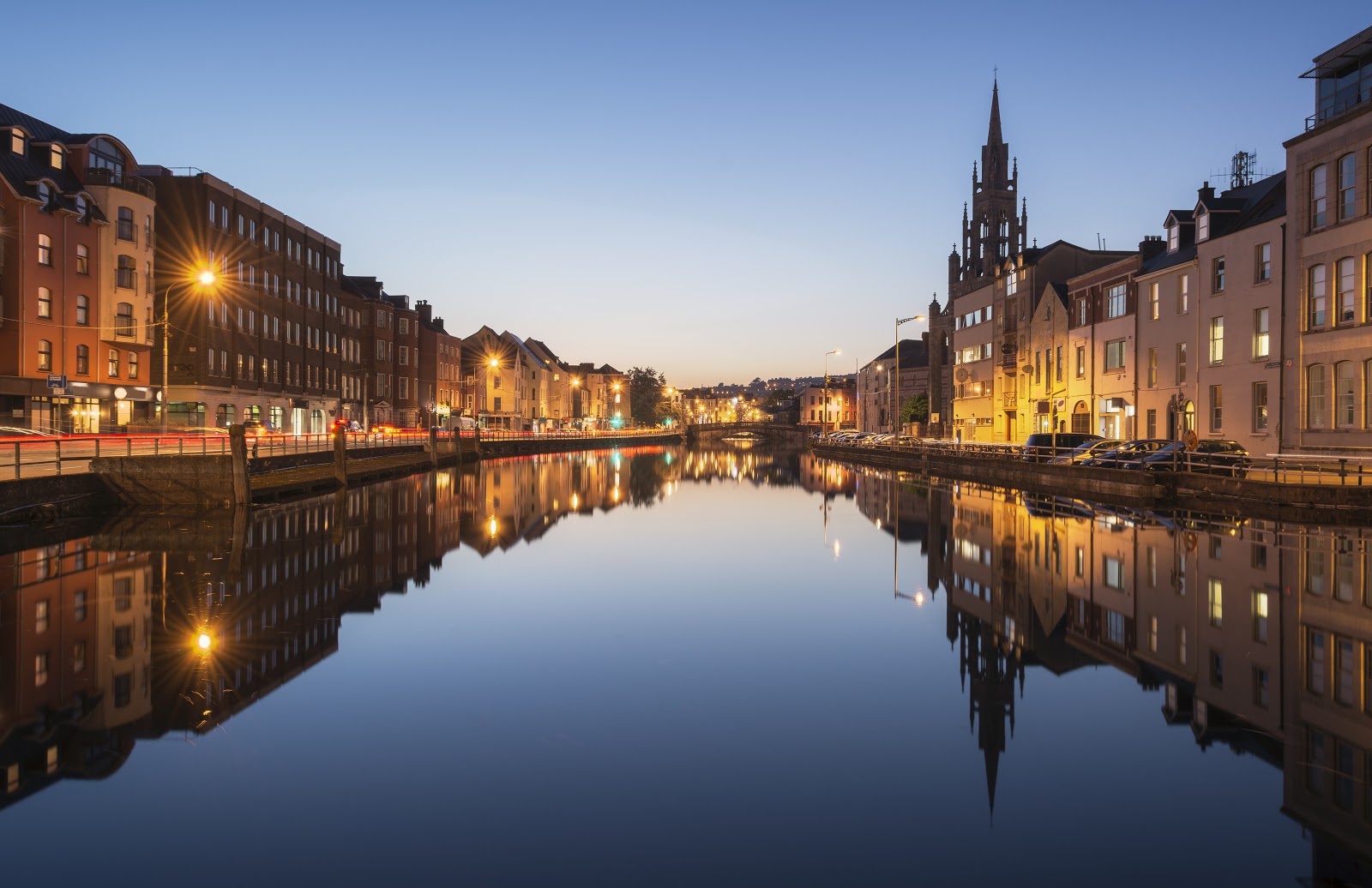 The Republic of Ireland’s second-largest city, Cork has a much more intimate feel than the much-larger Dublin and is a great place for a walking tour. One of County Cork’s best walks is the distillery trail at the Jameson Heritage Centre, where you can learn all about the famous whiskey and sample a dram or two. In the southwest corner of the island lie the 110 miles of the Ring of Kerry, a 110-mile loop beginning in Killarney that takes you through charming villages, past castles and into the ancient wilderness. Less crowded and no less beautiful is the Dingle Peninsula, a natural gem rich in archaeological sites.
West 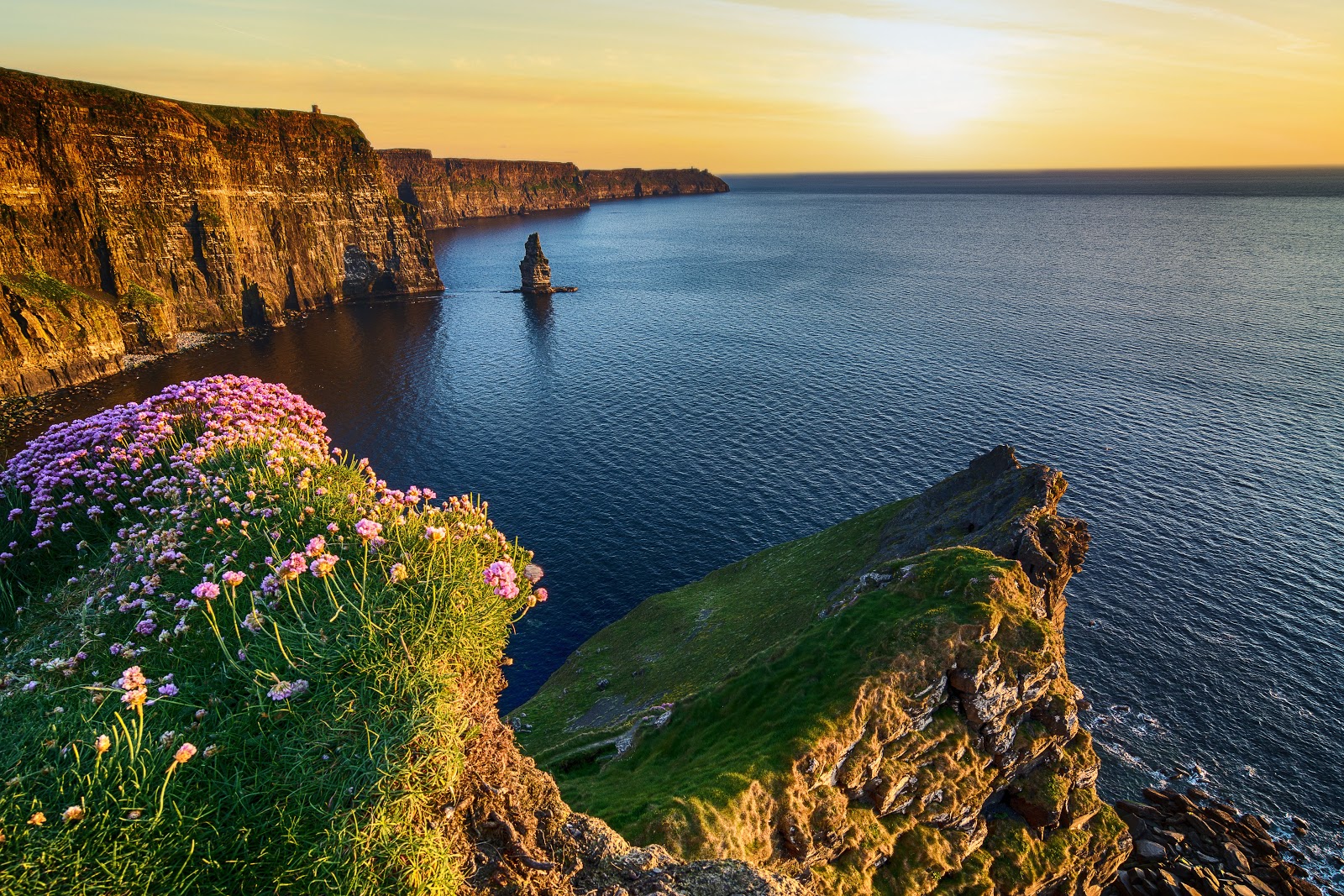 Offering striking views and excellent hiking, the Cliffs of Moher rise as high as 700 feet above Galway Bay and the North Atlantic. Farther inland, the Burren is an entrancing moonscape of desolate beauty formed of the rocks that give rise to the cliffs. A dozen of large neolithic tombs is scattered throughout the area, dating back thousands of years. Continuing north, you come to the lively city of Galway, a center of traditional Irish language and music. Thanks to its status as a university town, Galway boasts some of Ireland’s best nightlife and serves a centrally located base for venturing on the 1,550-mile Wild Atlantic Way.
Northwest 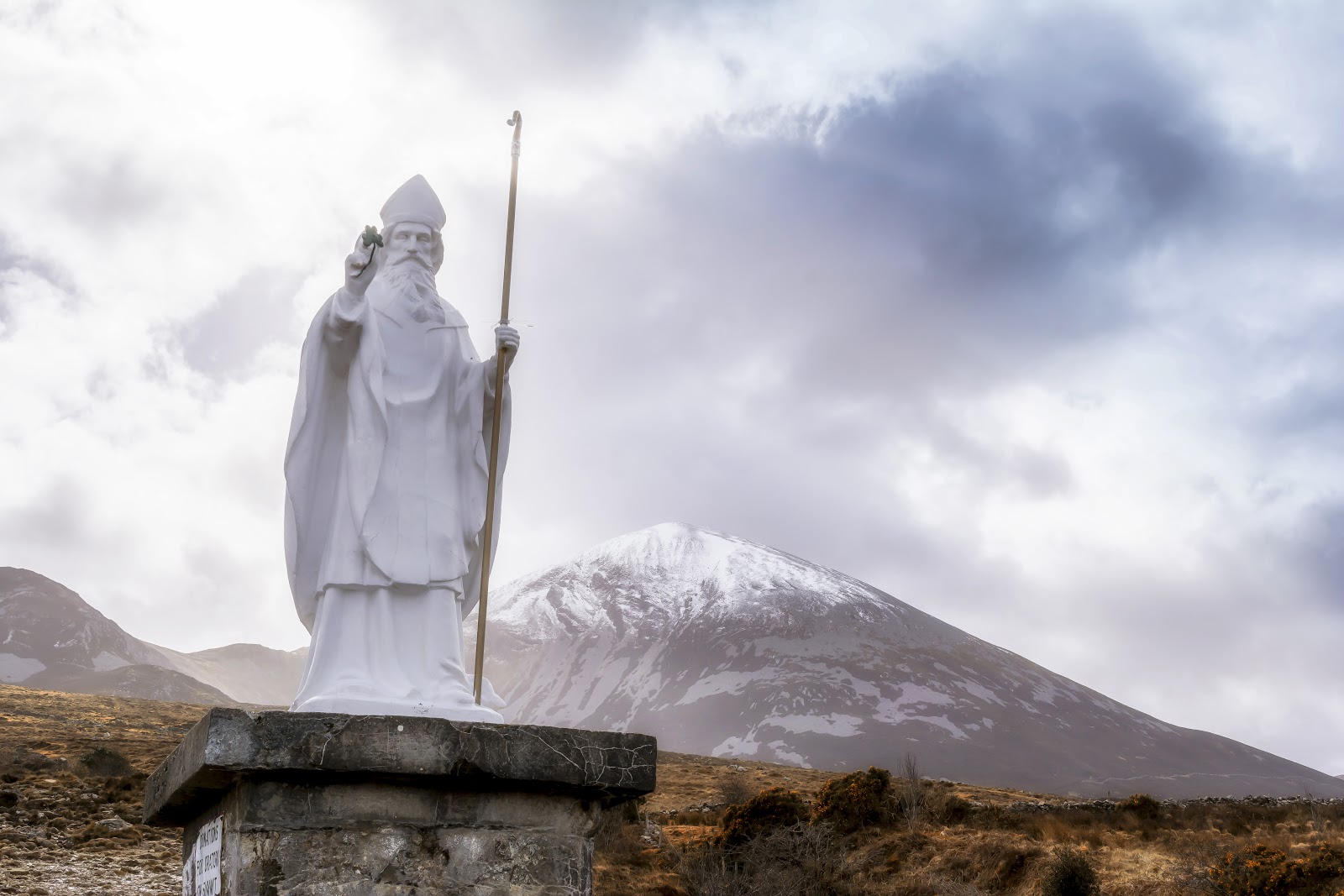 A mix of wilderness and quaint villages, the counties of Mayo, Sligo, and Donegal are a great way to conclude your Irish odyssey. Attractions include the mountains of Connemara National Park, Achill Island, and the 2,500-foot Croagh Patrick, a pilgrimage site dedicated to the patron saint. Towns of note are the carefully designed Westport, William Butler Yeats’ boyhood home of Sligo and historical Ballina, a key site in the Irish Rebellion of 1798.